HIDDEN PARADISE OF THE ADRIATIC SEA

Posted at 12:29h in News by windrose 0 Comments
0 Likes
Share

The Golden War on the island of Brac – a beach that delights numerous tourist brochures – stretches a few hundred meters into the blue sea, and its peculiarity lies in its frequent changing shape, trying to please the waves and sea currents. Among the white pebbles of the Zlatni rat beach there is a stone of luck, which is the shells in the shape of the shell of the sea snail. The legend says that a person who finds this shell becomes and remains a lucky god of life forever 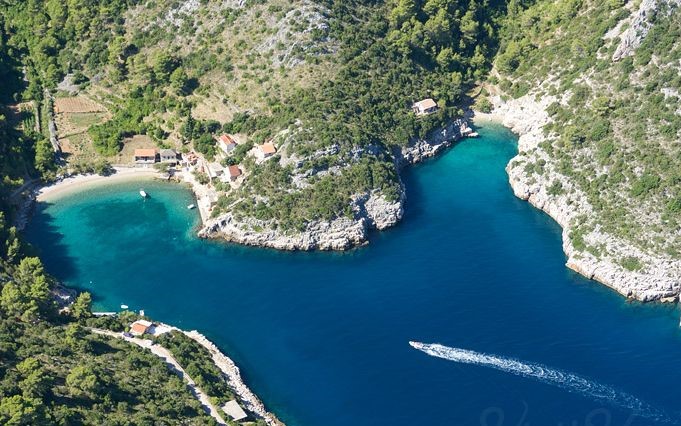 Beautiful pebble bays on the north coast of the island where you will definitely find a corner for relaxation and enjoyment in long summer days. Small Stiniva is especially recognizable by the picturesque rocks that are vertically descending into the azure blue sea creating a unique sight 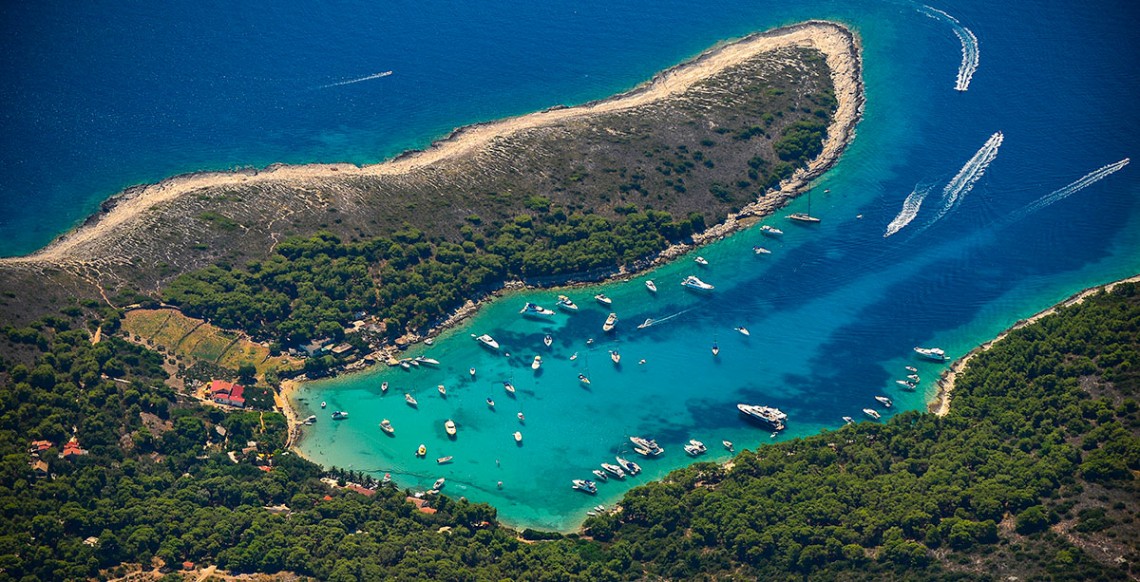 Cove Vinogradišće is on the southern shores of Sv. Clement, the largest and most famous island of Pakleni otoci. This deeply embedded bay is one of the most popular and best anchorages of the Hvar aquarium, except for strong southern winds when you can spend a serene night on the opposite side of the island – in the ACI marina Palmižana. The bay of Vinogradišće – known among local sailors as South Palmižana – boasts a small sandy beach, several excellent restaurants, a fancy lounge bar and a short promenade decorated with exotic plants brought from different parts of the world.

Last year, according to the choice of the readers of European Best Destinations portal, Stiniva on Vis was proclaimed the most beautiful European beach, leaving behind the most famous Spanish, Greek and Portuguese beaches.Otherwise, it is assumed that Stinava was formed by collapsing the cave ceiling and is protected by the law as a monument of nature since 1967. 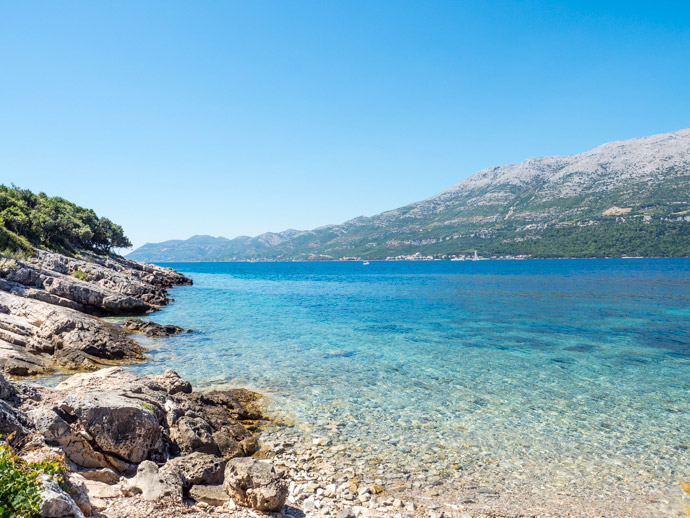 The island of Badija is the largest island of a total of 19 islets near the town of Korcula. Apart from its natural beauties, long pebble beaches on the south and attractive diving sites in numerous coves, the island of Badija is also attracted to the cultural and historical heritage of the Franciscan monastery. About 1 km² is covered with a dense texture and wood of pine, cypress and olive trees. With the tour of the monastery, we recommend going to the church of St. Catherine and a tour around the island along the sea promenade 4 km long. Badia is inhabited by deer shrimpers who seek for a delicious bite without fear to visitors 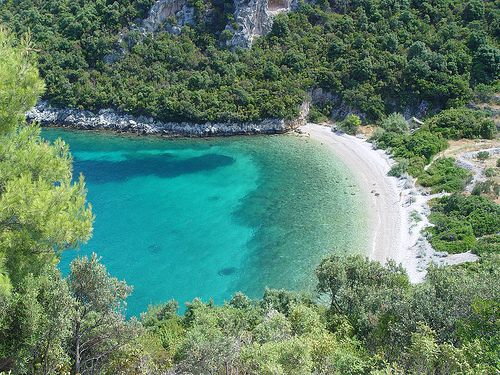 Vrnik, with the same village is the oldest and most famous Korcula quarry. In a picturesque village today, there are only a few families. There are 29 quarries on the island. 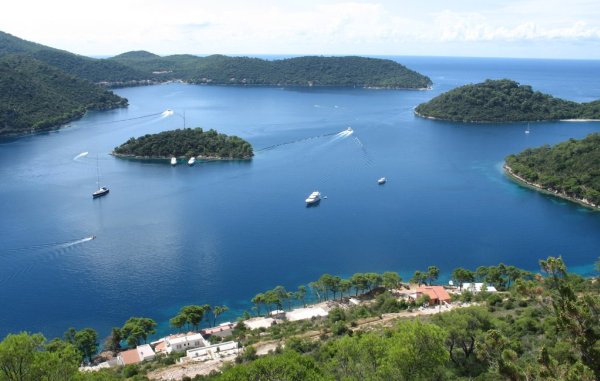 Ubli is a settlement located on the south-western side of the island. Ubli is Lastovo’s ferry port. In the Ubli is the Basilica of St. Petra – a single-nave Christian basilica V century dedicated to St. Peter. Among the numerous finds in the basilica, there is an early Christian relief depicting the cross and the two lambs, originally stored in the Archaeological Museum in Zadar. After archeological research, the basilica is conserved and is considered a monumental whole of the highest category. 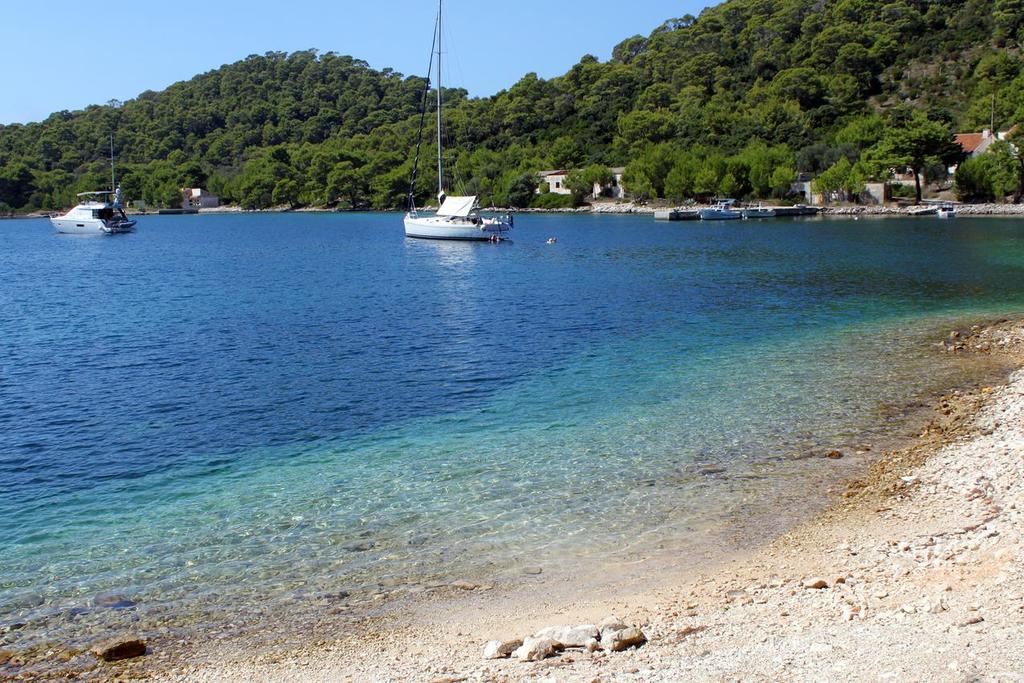 Pasadur is a village on the western side of the island. It is connected to a small bridge with the neighboring islet Prežba. Pasadur is a favorite location for sailors as a safe bay protected from all winds and a favorite walkway for island visitors. 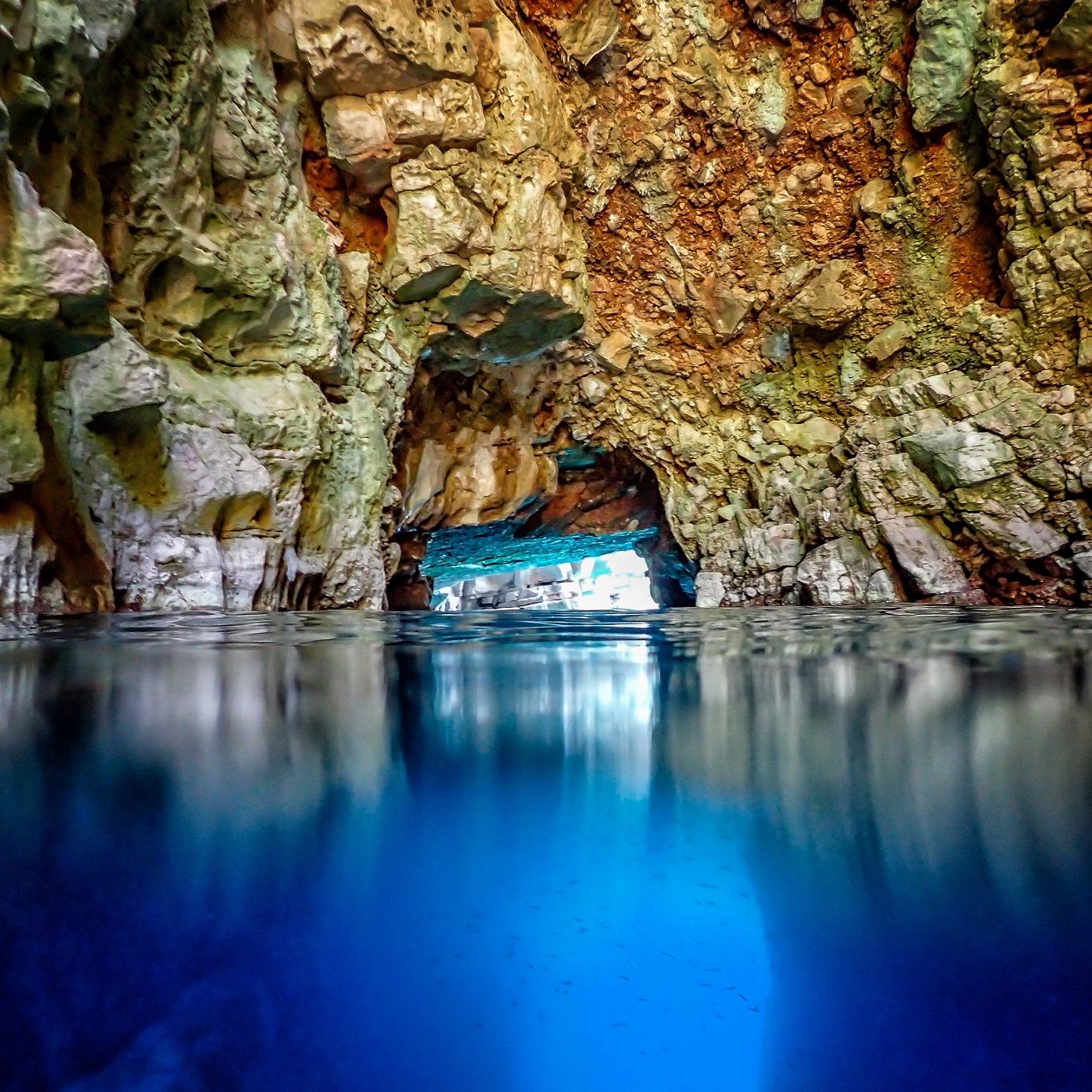 Odyssea’s cave is an oval shaped cave with several dozen meters in diameter. It has a collapsed vault, and it has the name Jam, because looking out of the air, looks like a big hole in the ground. The bottom is filled with the sea. Through the limestone layers, which separates it from the open sea, a tunnel penetration has formed, so in the  cave you can enter in small boat or floating. 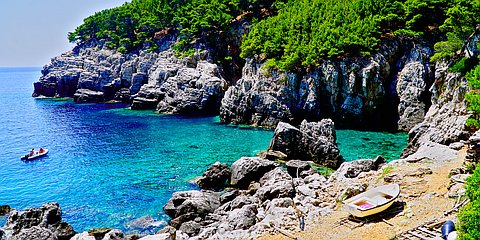 Pomena is a small village as well as a harbour located at the west end of Island of Mljet, about 2 km away from the village of Govedari. The village has just over 50 permanent inhabitants. They live of farming, fishing and tourist trade.

Polače represent the largest and most secure mullet harbor that Greek and Roman sailors have been visiting in the distant past. The port can not be seen because it is protected by four hypnotizing green and gently intertwined islands, which can rightly be called the natural swamp of Polača. The safest sanctuary of this favorite nautical destination of the southern Adriatic is the deepest retrieved bay of Rogac, from which you should definitely start exploring the natural symbols of this sea – the famous Mljet lakes. 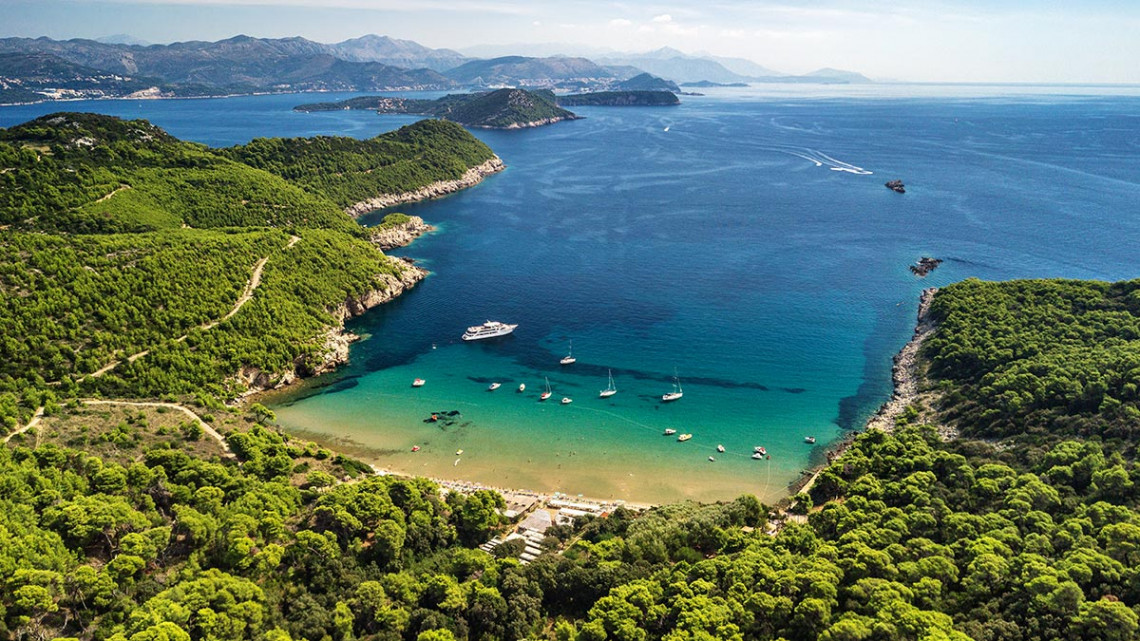 Uvala Šunj is situated on one of the Elafite gems – the island of Lopud, and is the most attractive bay in Dubrovnik, which indisputably resembles tropical destinations. The turquoise waters of the sea and the long sandy beach bordered by steep rocky cliffs, inspired by lush autochthonous vegetation, is the shortest description of this fairy-tale lagoon.

Visit the most beautiful secret places in Adriatic sea with us!