Posted at 10:51h in News by windrose 0 Comments
0 Likes
Share

There are two islands Drvenik Veli and Drvenik Mali.

Drvenik veliki (sometimes called Drvenik Veli) is an island in Croatian part of Adriatic Sea. It is situated in middle-Dalmatian archipelago, northwest of Solta, 1.8 km from the mainland. It’s area is 12.07 km², and it has population of 168 (as of 2001). The highest peak is 178 meters high. The biggest settlement on the island is Drvenik (town). The island was first inhabited in 15. century.

Drvenik Mali is an island in Croatian part of Adriatic Sea. It is situated in middle-Dalmatian archipelago, west of Drvenik Veliki, 8 nautical miles (15 km) from Trogir. It’s area is 12.07 km², and it has population of 54 (as of 2001). The coast is well indented and sea around the island is shallow, thus convenient for fishing. Main industries are agriculture (mostly olives), fishing and tourism.

The Kornati National Park is often mentioned as “nautical paradise” in tourist publications. And really, in “slalom” sailing through the 89 unforgettable islands, islets and reefs in the Kornati National Park, you will test all of your nautical skills. Geographically the Kornati islands can be divided into two main groups – the Gornji Kornati or Upper Kornati, closer to the mainland, and the Donji Kornati or Lower Kornati, which are mostly facing the open sea in the southwest.

Telašćica Bay is located in the central part of the eastern coast of the Adriatic Sea, in the south-eastern part of the island of Dugi Otok. For its extreme beauty, richness and importance, this bay surrounded by 13 islands and islets, together with 6 islets inside the bay itself, was proclaimed a Nature Park in 1988. Telašćica acquired the status of a protected area already in 1980 because of its valuable flora and fauna, geological and geomorphological phenomena, versatile sea bottom life, and interesting archaeological heritage. 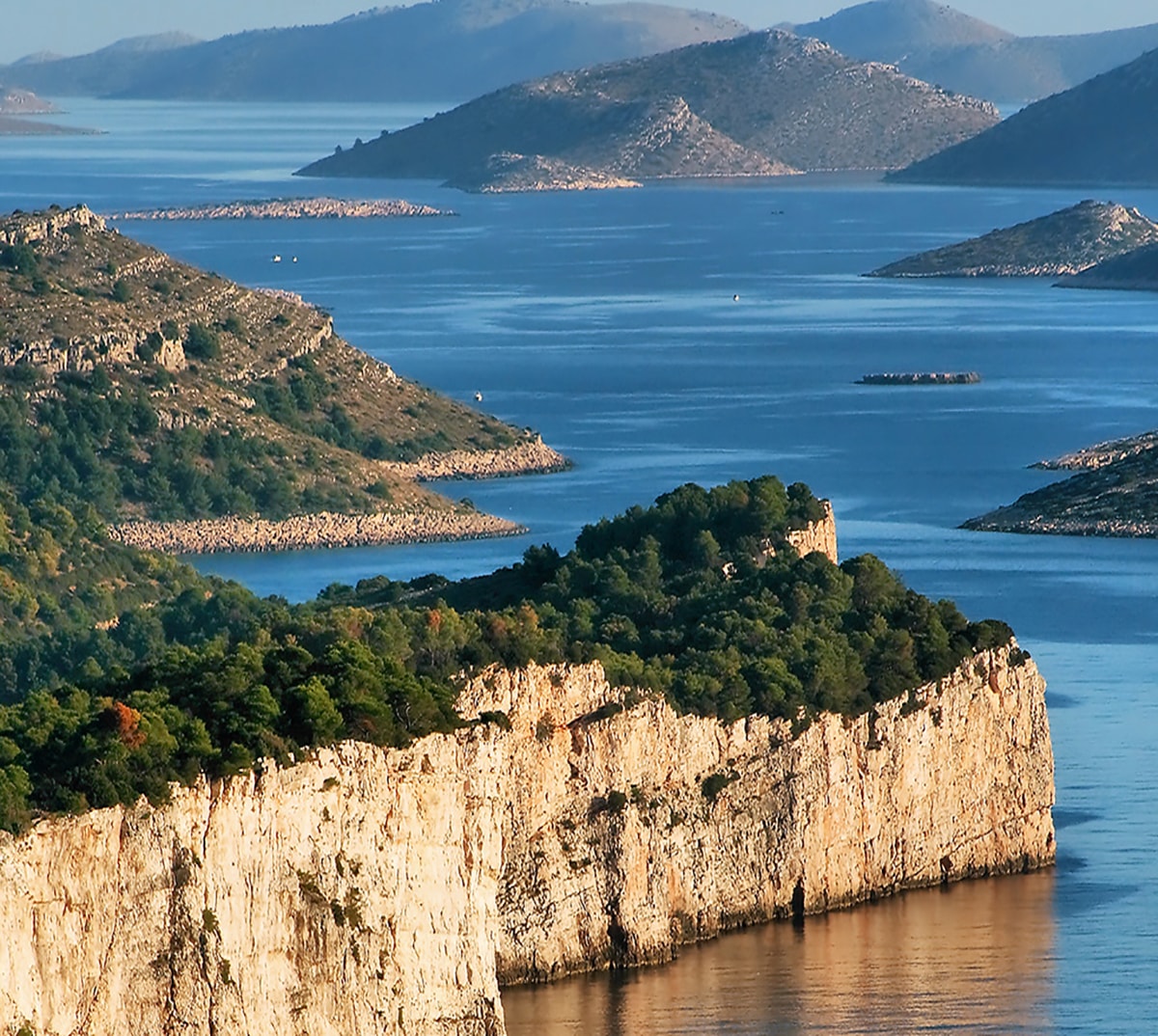 Pag is a town offering preserved cultural monuments, gastronomic specialties and a completely different nature with stone spells. At first glance, the island of Pag is a rocky, shallow, bordered sky-blue sea, situated under the wing of Velebit. It is often called the “island of stone” or the “Moon Island” because of the surface that provides a somewhat unusual landscape of stone with so many different shapes that nature can only create and occupy for the island’s surface. The island of Pag is one of the sunniest islands on the Adriatic with over 2,500 sunny hours a year.

Rovinj is a town in Croatia. It is located on the western coast of Istria. Along with Porec, it is the strongest tourist center of Istria, and one of the strongest in the Adriatic. The old town is in fronts of various colors, medieval narrow streets and squares, and the most famous symbol of Rovinj – Euphemia with the domineering bell tower and the whole city delights many visitors.

Venice is an important destination for tourists who want to see its celebrated art and architecture.The city hosts up to 60,000 tourists per day (2017 estimate). Estimates of the annual number of tourists vary from 22 million to 30 million. Today, there are numerous attractions in Venice, such as St Mark’s Basilica, the Doge’s Palace, the Grand Canal, and the Piazza San Marco. The Lido di Venezia is also a popular international luxury destination, attracting thousands of actors, critics, celebrities, and others in the cinematic industry. 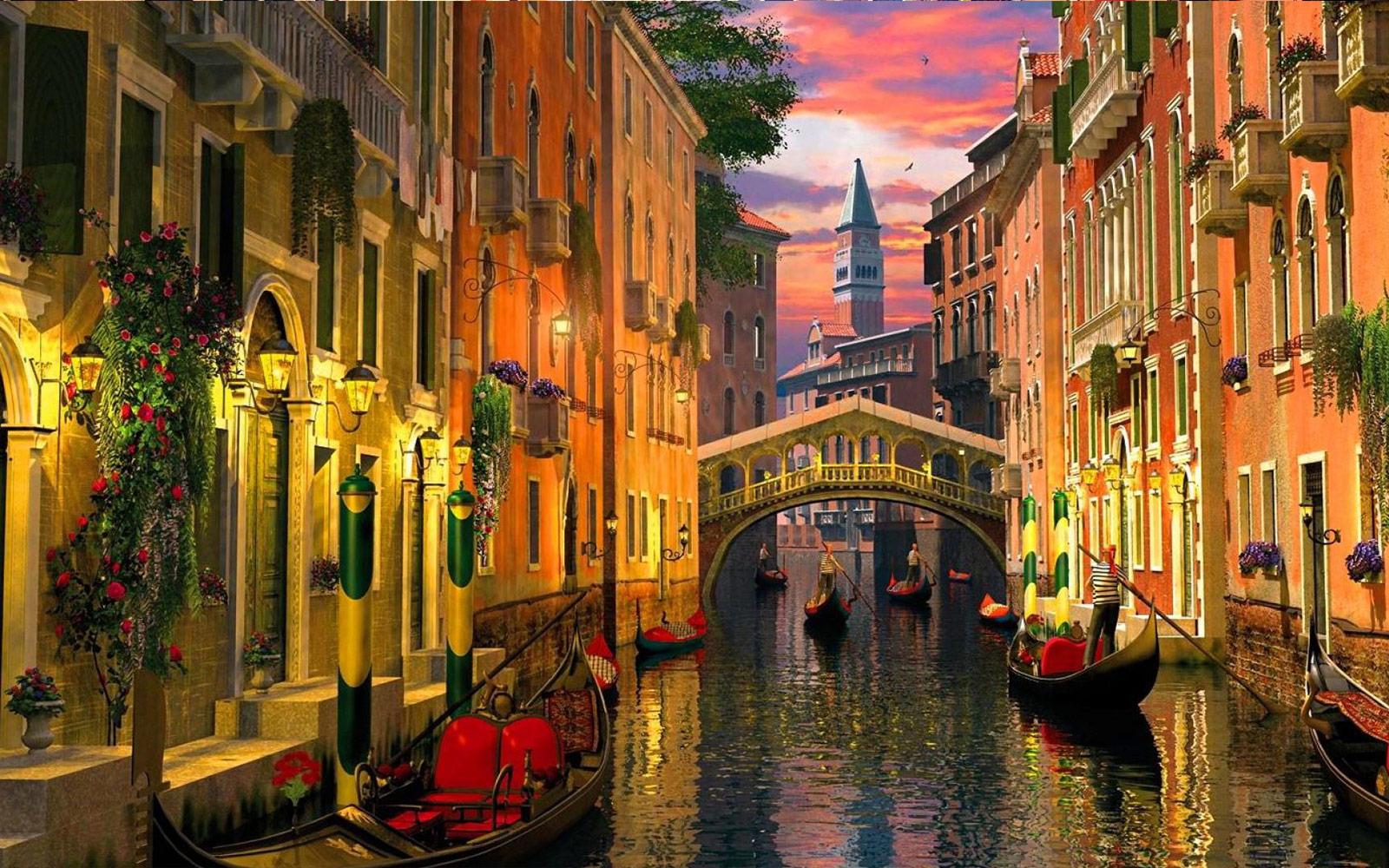 Portoroz is a popular seaside resort on the Slovenian coast, which uniquely combines rich cultural and historical heritage with the advantages of modern tourist destination. Here you will find everything you want for a vacation: Beaches, trendy bars and clubs on the coast, great gastronomy and a wide range of opportunities for active holidays – all in the ambience with the charm of the Austro-Hungarian resort in the surroundings of beautifully preserved nature.

Situated near the base of the Istrian peninsula, the population of Pula stands at just over 62,000 making it the largest city in Istria. Its most famous attraction, the well preserved Roman amphitheatre, is one of the most famous sights in the whole of Croatia.

The most famous sight in Pula – of course – is the Roman amphitheatre, which is called The Arena. Built during the 1st century AD and completed under the reign of Emperor Flavius, this amphitheatre is the sixth largest in the world (of those that still exist). The three-storey structure held 23,000 spectators in Roman times and today hosts numerous concerts and events throughout the year. 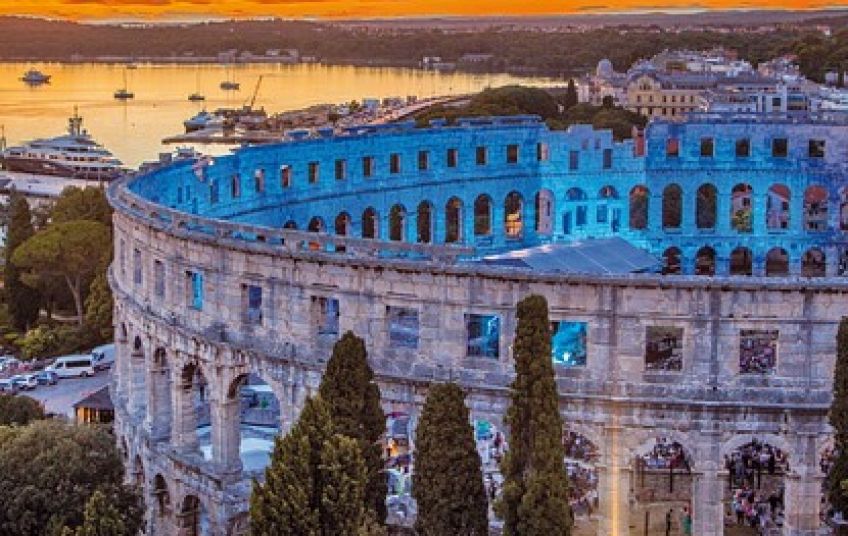 The Island of Lošinj is part of the Cres-Lošinj island group, which constitutes the western segment of the Kvarner islands inside the Kvarner Bay. The Kvarner Bay together with that of Trieste forms the most inland point of the Mediterranean Sea. The Cres-Lošinj island group extends in a northwest-southeast direction for 99 kilometres with a total area of 513 km², which comprises 16% of the total area of the Adriatic islands.

Island Molat – a picturesque tourist and fishing village, located in the northern part of the Zadar archipelago. An exceptionally indented coastline covered with dense pine forests, numerous hidden sandy beaches, beaches on the shores of crystal clear sea, a modern equipped harbor in a protected natural bay, and a large choice of accommodation in private apartments make Molat an ideal destination for all lovers of true Mediterranean ambience.

Žut is one of the islands of the Kornati islands, situated between the island of Pasman on one side and the island of Kornati on the other. This dotted island has a steep and very indented coastline along the harbors of Luka, Hiljača, Sarušćica, Zut, Bizikovica and others, all of which are of the order of robinzon atmosphere and with the possibility of shelter for fishing boats and small boats. On the island there are no permanent settlements, but during this year, fishermen and cattle keepers, olive growers and pickers from the island of Murter are staying there periodically.

The island of Žirje is the farthest and largest island in the Šibenik archipelago. Known as a fishing village and a rich fishing area. It is also known for its natural beauties, bistrina and blue sea, on natural, wild, rocky beaches such as those in the coves of Great and Small; Column and Koromačna, which are also a navigational goal. The population mainly deals with the cultivation of vines, olives and figs. Žirje Island is an ideal place for a quiet holiday away from the city noise.